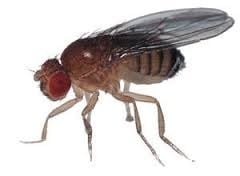 The fruit flies comprise several different species belonging to the genus Drosophila.   The most common species encountered in homes and other structures is D.melanogaster.   Fruit flies are also known as pomace flies or vinegar flies.  These pests can be found throughout the world, in homes, food processing plants, warehouses, grocery stores, wineries, restaurants and other structures.

Fruit flies develop by complete metamorphosis.  The eggs (which are difficult to see with the naked eye) are deposited near the surface of fermenting fruit or organic matter.  A pair of filaments that are attached to the eggs protrude above the surface of the liquid.  The female fruit fly will lay about 500 eggs.  The larvae emerge about 30 hours after the eggs have been laid and feed near the surface of the fermenting material.  The larvae feed for five to six days then crawl to drier areas of the food source or even out of the food source to pupate.  The larva transforms into the pupa in the last larval skin, or puparium, which bears a conspicuous pair of filaments on the anterior end.   The adult fruit fly emerges several days later.  The newly emerged fruit flies are attracted to light and become sexually active in about two days.   The adults mate more than once.  Under ideal conditions, the life cycle from egg to adult can be completed in as little as eight days.  The sudden appearance of large populations is not uncommon inside buildings.

Fruit Fly breeding areas are occasionally difficult to locate. Trash cans, areas under and around equipment, tables, etc in kitchens, bars and food areas are the #1 area where Fruit Flies hide and lay eggs. Plants, floor drains, etc in other areas of homes or buildings are also prime areas but of less importance. The important thing to remember is that there IS a source of Fruit Fly infestation somewhere. The Fruit Flies are breeding somewhere close by, and that is where the effort needs to be concentrated. 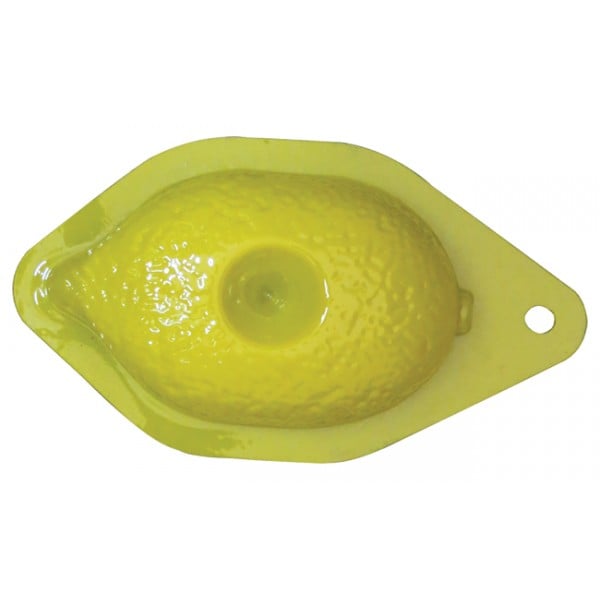 A non-toxic trap for fruit flies. The closed plastic container contains a lure which attracts fruit flies to the inside of the trap. Can be placed in food area.